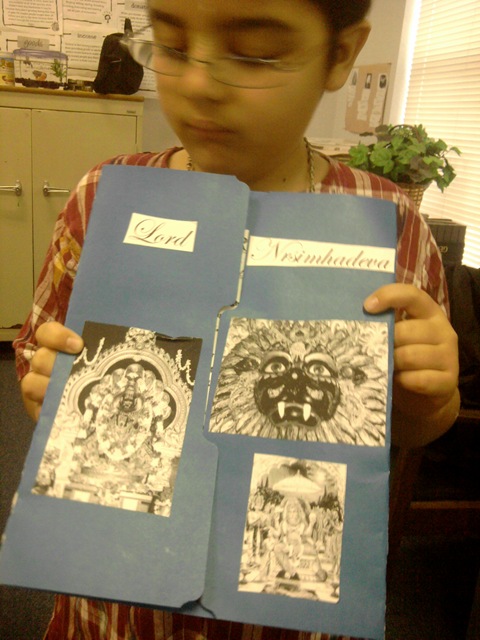 There’s not much that I love more than grammar (no joke) and I try to share that love with my students by doing fun grammar projects. Our most recent grammar project has been writing parts-of-speech poems.

Our first assignment was to write poems using only verbs to describe an animal. Then they wrote one poem describing the same animal only using nouns, then a second only using adjectives. Here are a couple of the posters they made displaying their poems.

We used an identical process to write poems about great personalities like Lord Krishna, Lord Nrsimhadeva, Lord Caitanya and Hanuman.  The kids wrote their verb, noun and adjective poems.  Then I had them cut each of those poems up and reassemble them to make a much longer poem that followed a noun, noun, verb, verb, adjective, adjective pattern.  The results were made into lapbooks.  Check out Vraja’s below.