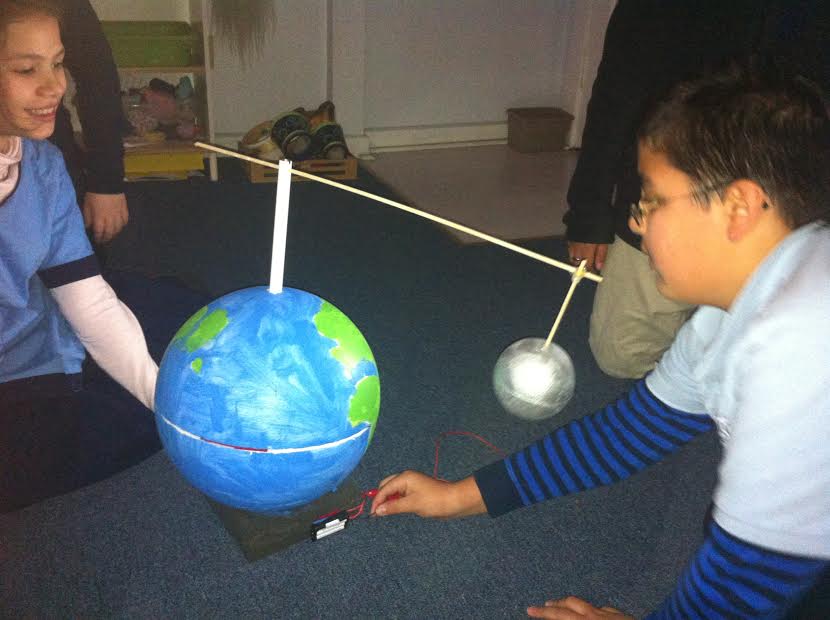 As a part of our Earth Science unit, students learned all about the moon – how it orbits the Earth, how it affects the tides, and how the lunar phases are caused. Vraja Kishor and Conor Jennings demonstrate the phases of the moon with their motor-operated model. Students also read what Srila Prabhupada had to say about the moon landing:

“First of all, whether they are going to the Moon planet, that is doubtful. At least, I am doubtful. Because we get information from the sastra, that there is a planet which is called Rahu. That is very near to Moon. […] So they might be going to this Rahu planet, not to the Moon planet. […] Moon planet is heavenly planet. Heavenly planet. […] Or just like if somebody comes to the, this earthly planet and drops in the Arabian desert, he may conclude that this, is desert. But there is Europe, America and nice cities, and nice bungalows. […] Maybe they are also diverting them to the deserted portion of the Moon.”

Here is a short video of the motorized Moon Phases project done by Vraja and Conor.