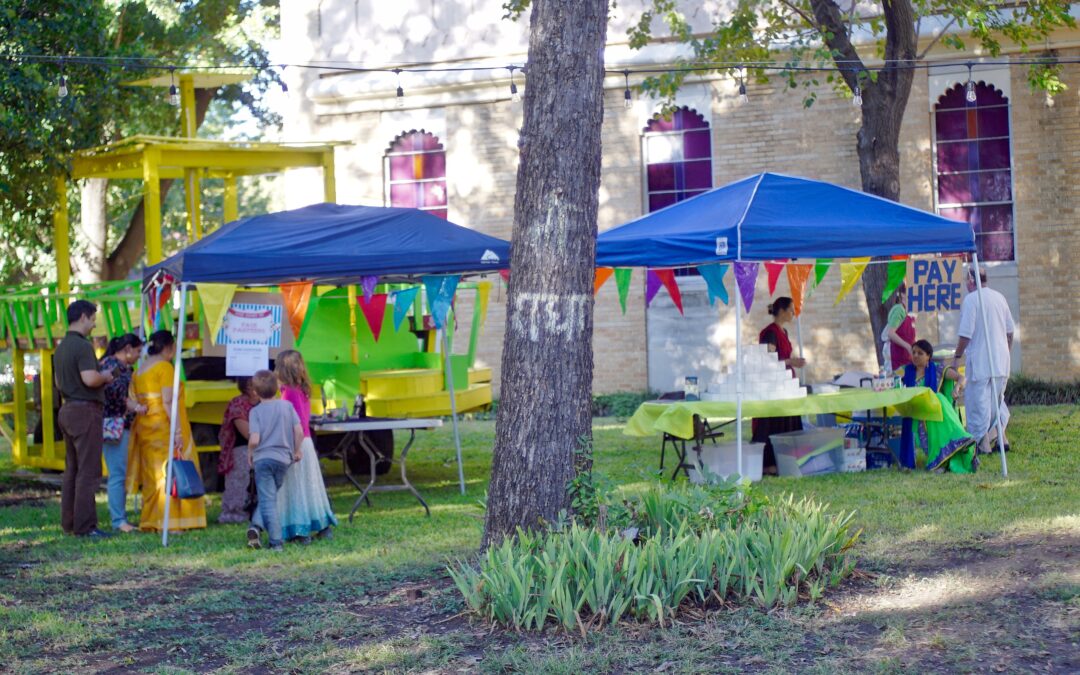 TKG Academy students put up an exciting carnival on Sunday, October 22nd for the Govardhan Puja Festival to raise funds for the TKG Academy’s expansion project. It was amazing fact that kids came up with the idea for each booth and also represented the booth. Everyone who attend it had a lot of fun.

Following Games and Booths were presented. Take a look at the pictures!

1. “Aniyora!”: A Govardhana Hill beanbag toss
2. “Target Ravana’s Head”: Dart throwing game with balloons
3. “Pin the Flute”: like pin the tail, but with Krsna’s flute and peacock feather
4. “Govardhana’s Wheel of Fortune”: Govardhana Puja Quiz
5. “Can You Lift a Hill?”: Lifting challenge
6. “Indra’s Thunderbolt Dodge”: similar to a dodgeball game
In a designated area near their tent.
7. “Ox Cart Race”: similar to ‘wheelbarrow’ race, with ‘offerings’ on the back, racing around a small “Govardhana Hill”.
8. “Govardhana Puja Puppet Show”
9. Facepainting and Baloons
10. Makerspace