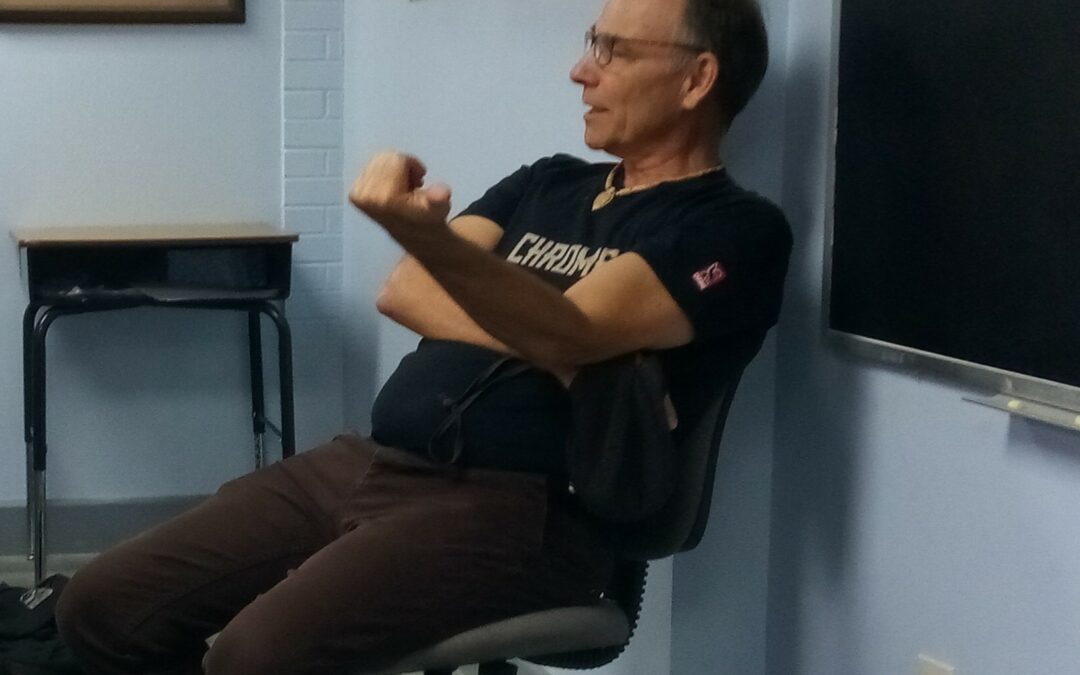 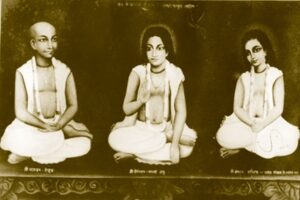 Our great Vaisnava saints, Srinivas Acarya, Narottama Das Thakura, and Syamananda Pandit, are known as “The First Travelling Sankirtan Party”, for they had journeyed from Vrindavan to Bengal, carrying the original manuscripts of the Goswamis. Their mission was to deliver and distribute this most valuable knowledge.

Centuries later, following in their footsteps, devotees all over the world traveled in vans and buses to distribute Srila Prabhupada’s books. 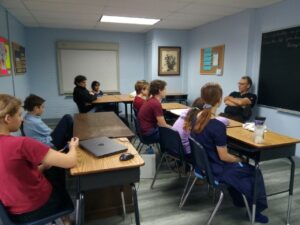 Middle & high school students, in preparation for a comparison project of these historical events, were visited by one of Srila Prabhupada’s disciples, H.G. Kalki Prabhu. He shared his early journey with the traveling BBT and later Radha Damodara parties, delivering the message of Lord Caitanya and Srila Prabhupada. The essence of book distribution, he explained, is to read and understand these books ourselves; becoming enlivened and inspired, so we can be suitable instruments in Krishna’s hands, to reach out to other living entities and connect them with His mercy.

After the visit, Kalki Prabhu commented: “I wish I was learning about Narottama Dasa Thakura in school!”