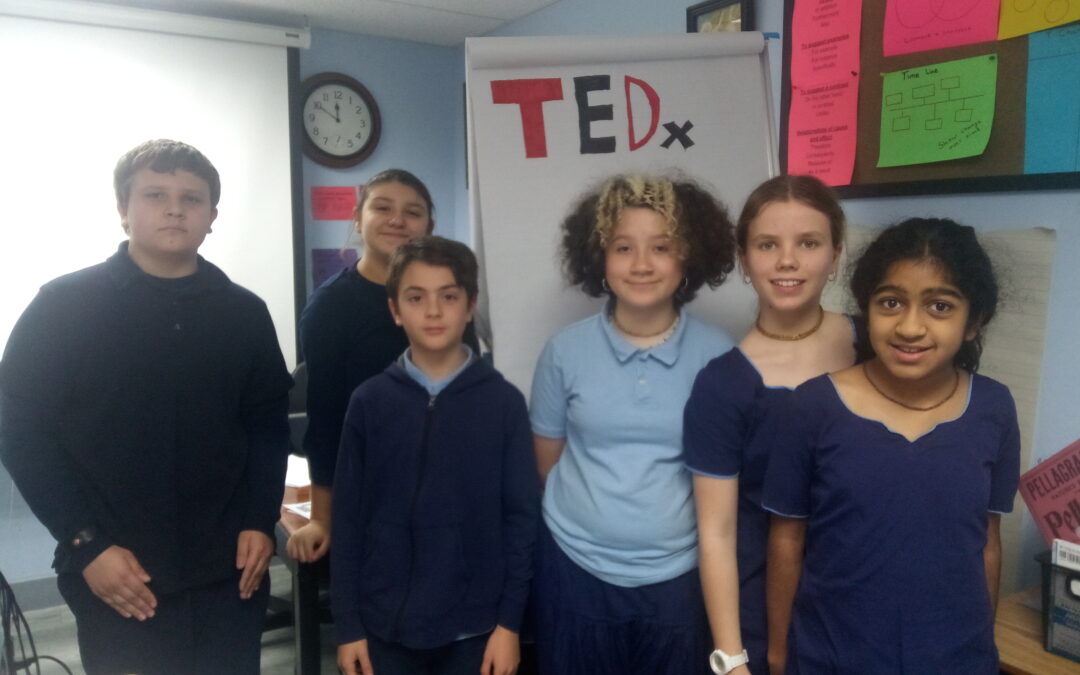 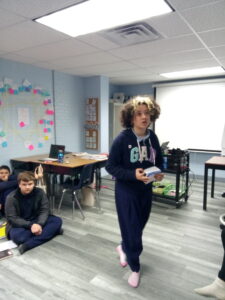 Have you heard of “The Boy Who Harnessed the Wind”? What an inspiration for innovative thinking and resourcefulness! “When you’re faced with a problem, don’t wait for someone else to solve it; be the person who others can depend on” Visakha concluded her exciting presentation.

As part of their study of the non-fiction reading unit, analyzing essential and supportive ideas, Middle School students prepared brief TEDx Talks about the books they studied and shared inspiring calls for action. 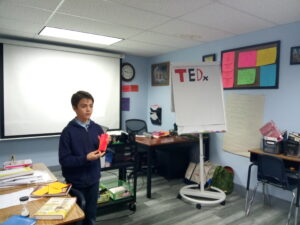 Priyatama spoke about the hunt for Adolf Eichmann, based on “The Nazi Hunters”. In conclusion, he urged the audience: “Racism has been the factor of too many wars, and the cause of too many unnecessary deaths. We should rise above our bodily designations and equally respect all living beings. We should stand strong and fight racism and eliminate it from the world.”

“Finest Hours” was presented by Yovana in her “Cracking in Half” talk about the heroes of the Titanic, who risked their own lives in their efforts to save others.

Chakrika’s presentation, “Surviving Kids”, was based on “Five Epic Disasters” from the “I Survived” series, illustrating courage and hope in the face of danger. “Do you think you could survive disasters and bravely help others or will you be too panicked to even do anything?” she challenged.

“Speak Up!” was Jamuna’s talk about the nature of introverts and extroverts, based on the book “Quiet Power”. “It’s OK to be different,” she reassured us, “and people can grow and change.”

“Who Am I?” posed Ethan, who didn’t reveal the person he studied until later in his presentation. Some surprising personal facts emerged on this very well-known – though not easy to understand – personality, Adolf Hitler. His prejudice against Jews seem to have stemmed earlier on in his life and later grew into a full-scale monstrous disaster.

At the end we were treated to a few challenging, though entertaining, “Who Am I” poems about the plague, GMO potatoes, atomic bombs, and GMO glow-fish! – Ever heard of it?