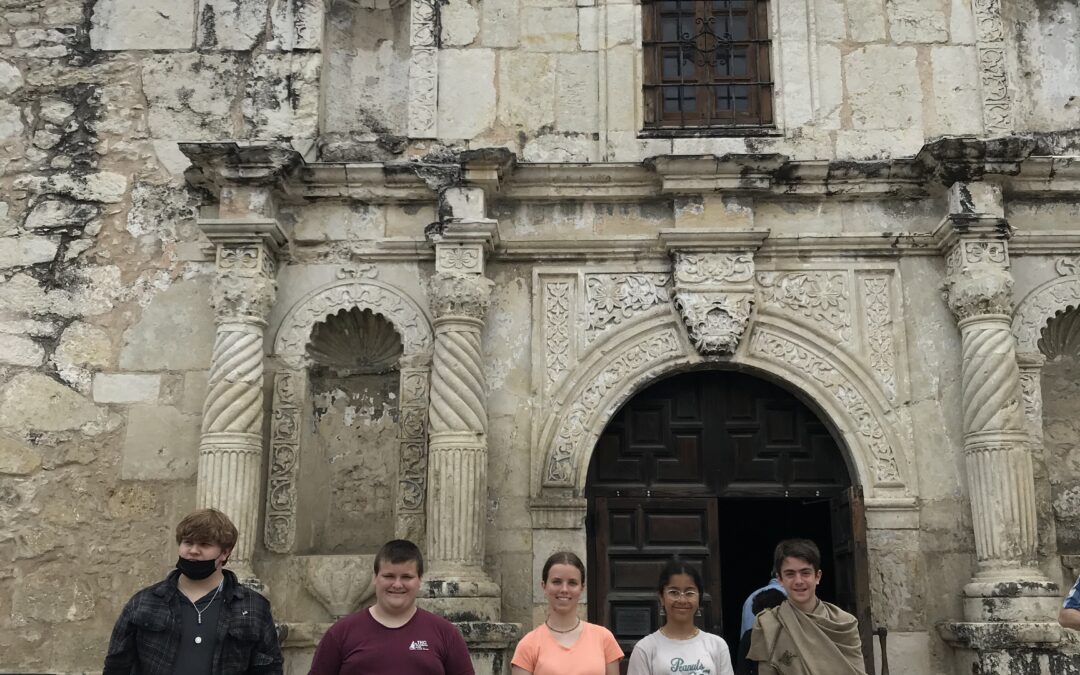 If you read my previous blog, you would know that the Middle School class is currently studying Texas History. You might also remember that I promised to tell you about our trip to Austin and San Antonio. So, here we go: 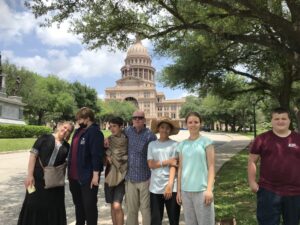 Our adventure began early Friday morning, with a 200 miles drive to Austin, the state capital. The first stop was at The Capitol. We joined a guided tour, learning about the history of the building, the legislative system, and so much more! 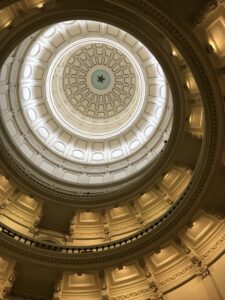 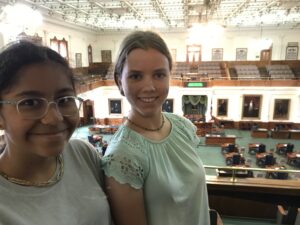 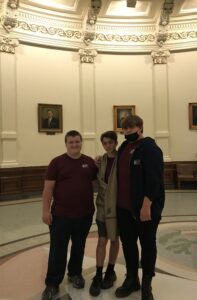 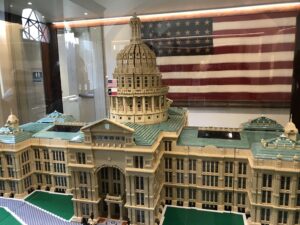 From there, we proceeded to the nearby Visitor’s Center, to further enhance our knowledge of Texas History and take a closer look at some artifacts. One attraction was a 65,000 Lego pieces model of the Capitol. The other, was a telescopic view of The Goddess of Liberty, who looked a little gaunt. It turns out she used to weigh 2,000 pounds, and is only about 1,100 now. Want to know her secret for losing 900 pounds? You have three options: 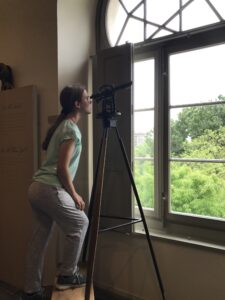 Did you know that the Texas Capitol is almost 15 feet taller than the Capitol in Washington D.C.? Do you think it’s a coincidence? Think again. As they say, “Everything is bigger in Texas!” (Though it’s not the tallest, it is the largest capitol in the USA.) 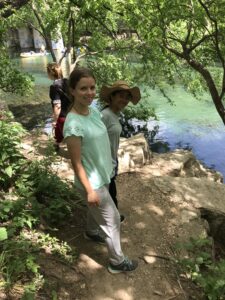 After a short lunch break, we hiked a portion of Barton Creek Trail. Some of us even took a dip in the cooling water. It was a delightful little stroll in nature, which happened to coincide with Earth Day.

The “cherry on top” for the day was a lively gathering with the Round Rock devotees. An enthusiastic two hours of Kirtan, concluded with a delicious dinner. Our only regret was our limited time with them. 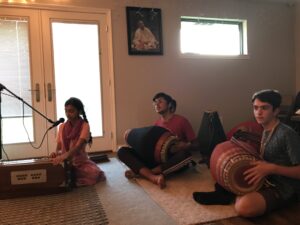 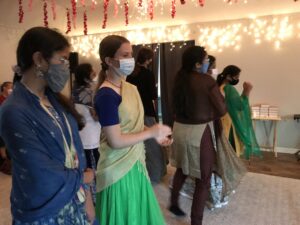 Next morning started with a brief temple program and freshly prepared, tasty breakfast, then off to San Antonio. 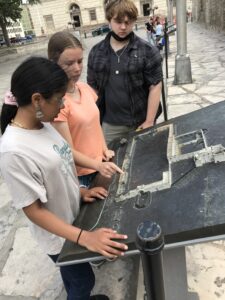 Before becoming the 28th state to join the Union, Texas had a rich history. One important battle in its process of becoming independent from Mexico, was the battle of The Alamo. This battle is famous for the bravery of its participants, and their sacrifices. In fact, “Remembering The Alamo!” became the battle cry in San Jacinto, where the Texans finally defeated the Mexicans. We accompanied our tour guide for 90 minutes of detailed and fascinating historical narrations. 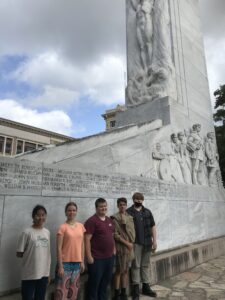 With the remainder of our time, we pleasantly wandered around the Riverwalk and watched a display of musket firing. It was an adventure-packed weekend. We returned tired, but blissful. 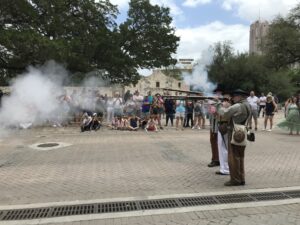 Texas, The Lone Star State, remembers the Alamo as a significant symbol of its freedom. As devotees, we want to always remember Krishna, as the eternal object of our love, the captor of our hearts. The freedom we may experience in this world is merely an illusion. Yet, throughout human – and Texas – history many have laid down their lives in order to gain independence.