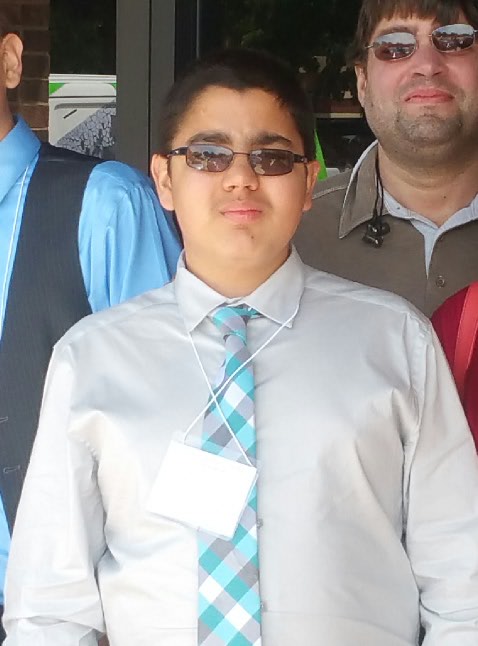 Vraja Kishor is our very own “home grown tomato”,  so to speak. He’s been a student at TKG Academy since he entered our preschool class 10 years ago. This year he turned 14 and has pioneered the re-opening of our high school class.

Vraja is a very scholarly student. His mature demeanor and focus on his academics has earned him much respect among his classmates.

Under the tutelage of Mother Krishna Priya, he has practiced his already-naturally-developed public speaking skills. While many of us get nervous when standing before an audience, Vraja doesn’t break a sweat! He keeps his calm and delivers his message very clearly.

On May 14, he participated in the DFW Speech Tournament, presenting the sad state of poverty and homeless young children in India.  He highlighted the important work of the team behind the Grammy-nominated CD, “Bhakti Without Borders”. In preparation for his speech, he interviewed Madi Das and Gaura Mani Mataji. In his talk, he described the importance of the Sandipani Muni School in Vrindavan Dham, the land of Krishna. He won the hearts of his audience and was placed in the finals. He won 7th place in the Informatory Speech category. The judge commented: “Very important topic! It’s so important for children in America to be aware of what their young counterparts in other countries are going through.”