Easy Journey to Other Planets 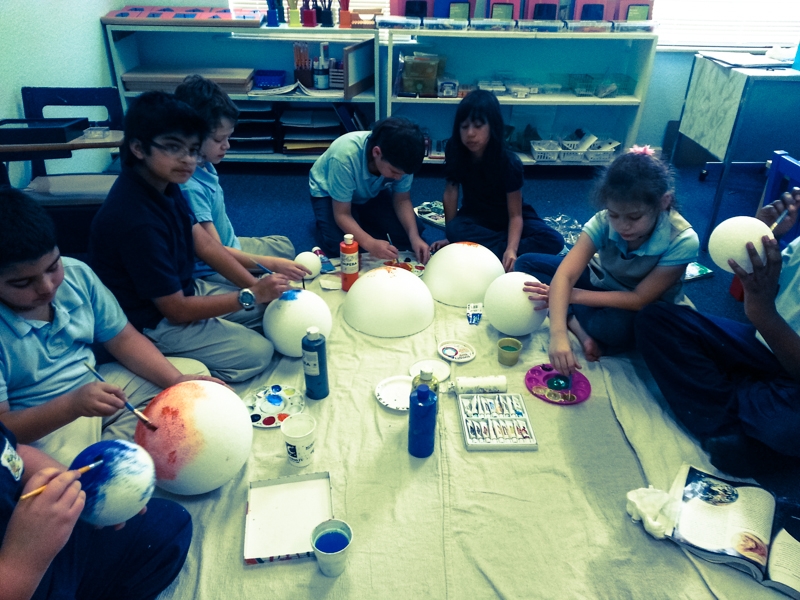 In the Month of January, we started an Astronomy Unit with the Upper Elementary class.  Using our Abeka Science books for 3rd to 6th grade, we learned all the technical terms for the different parts of the cosmos and what has been discovered in the past hundreds of years.

It is also important that we understand the Vedic perspective of Science as presented by Srila Prabhupada in his many teachings.   This fosters much discussion in our classrooms about the demigods, the creation, Lord Brahma, Lord Vishnu and Shiva and the cosmos as is described in the Srimad Bhagavatam.  It is amazing to see the students faith and interest in connecting what they are learning to what they already know about Krishna’s universe.

We started our course learning about the Sun.  Read about it in detail here!

The next week brought the study of the Moon, Chandra deva.  We did a moon phases project and discussed the journey of the Astronomers to the Moon and the Vedic perspective.  Take a look at our delicious healthy Moon Charts.

Our third week was spent doing study on all the planets of the Solar System and creating a Solar System in Art Class.

In the fourth week, we learned the differences between the Constellations in the night sky, read about Dhruva Maharaj’s planet the Pole Star, and made Constellations patterns shine through the window.

The Unit culminated in an incredible Field Trip to the Planetarium in UTA, where we saw the night sky and planets come to life in the IMAX theater presentation.  The Field trip ended with a really cool science magic show.

The fifth week we did Review and Tests of all the information that the students had learned about the universe.   This cemented the knowledge learned and showed us how much they had retained.