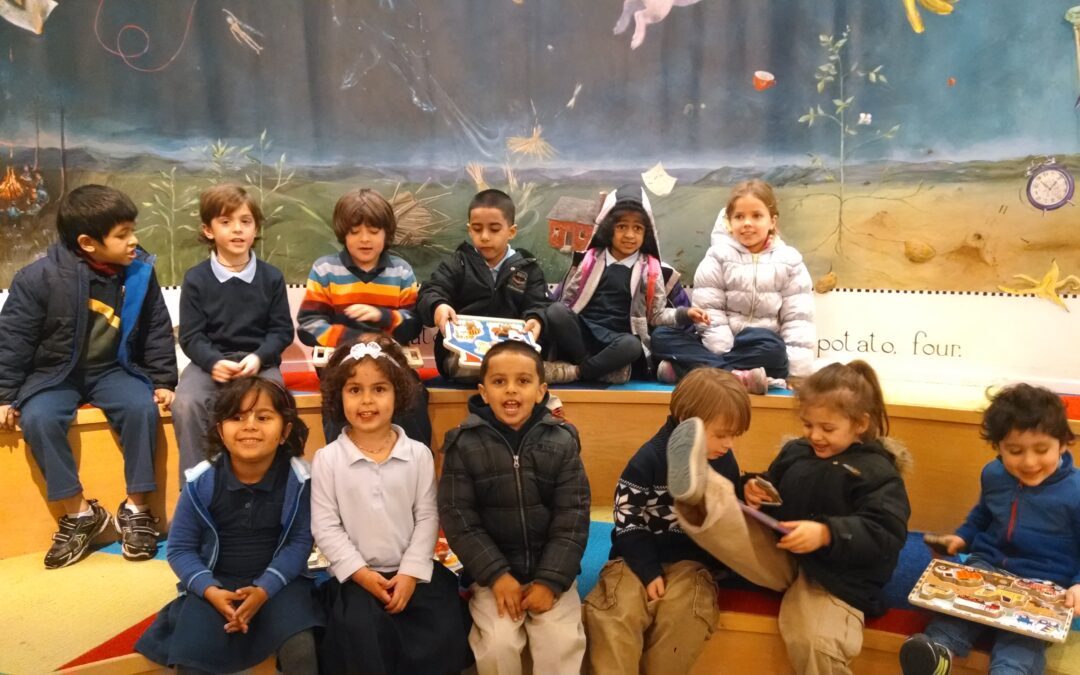 Have you ever heard of a Public Library located in a Mall? Bookmarks is a Dallas Public Library for Children at Northpark Mall. It hosts many programs for young children, one of which we took part of earlier this month.

We arrived early, allowing time for snack and exploring the library’s “treasures”. Indeed, we found quite a few. From puzzles, to computers equipped with learning materials, to a very inviting little “reading-nook”. The program began with an introduction of the continents of Africa and America, using a large air-filled globe, which the children got to bounce and toss around. Then the history of slavery was narrated, accompanied with songs, ending with the signing of the Emancipation Proclamation. Our 1st grade students just earlier that week, on Presidents’ Day, learned about the presidents and got the chance to share their knowledge and name the president who signed the document.

The excitement wasn’t saturated until we took a detour and climbed up and down the nearby escalators. Just for fun!