The Journey of The Holy Name 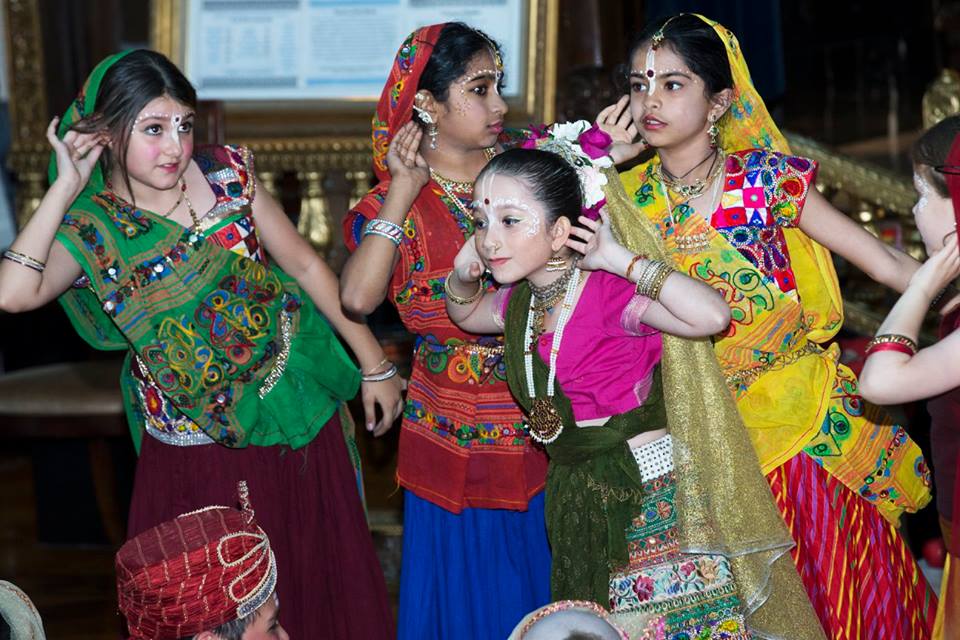 “The Hare Krishna maha mantra is reverberating throughout Vrindavan Forest!  Do you hear?”

All of TKG Academy students and Vedic Kids Sunday School presented a beautiful drama on Sunday, March 20th for the Gaura Purnima Festival.

Why did we hear echos of “It was the best drama we have ever seen!”?  With Srila Prabhupada’s transcendental voice booming throughout the temple, gorgeously decorated gopis, Sri Panca Tattva dancing to “Hari Haraye Namah Krsna…”, cute demigods engaged in battle, and even a fearsome Nawab Hussein Shah, the audience was literally spell-bound.  The students depicted the journey of Sri Nama Prabhu, the sweet holy name, from the transcendental lips of Lord Caitanya, traveling through the hands of Sri Rupa & Sri Sanatana Goswamis, and all the way to Tompkins Square Park, where Srila Prabhupada’s illuminating presence tormented blinded Kali and his minions: lust, anger, greed and false ego and established the holy name throughout the world.

Take a look at the pictures!