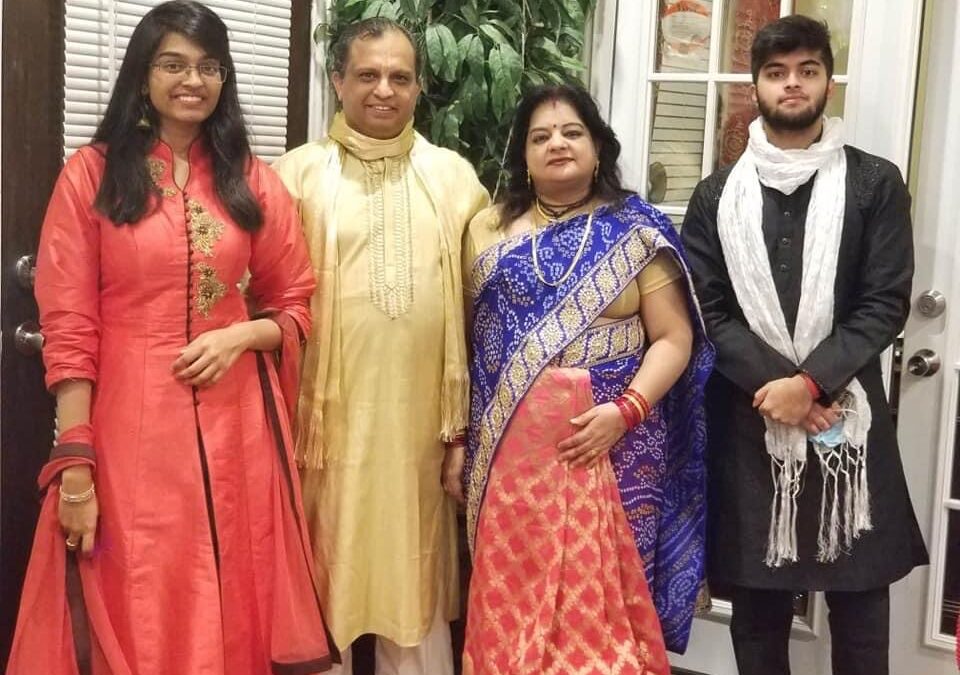 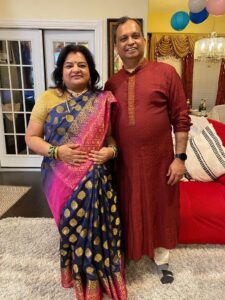 Balaram Prasad Prabhu and Siddhesvari Priya Devi are a couple of our earliest donors. They began supporting TKG Academy in 2012 and have continued to do so, without fail, ever since! That’s almost 10 years of monthly donations, in addition to their contribution of $1,000 towards our newer school building five years ago.

In addition to their family responsibilities of work and raising two children, Balaram Prasad Prabhu and his wife are very active members of our community. They are both involved in various services and lead the festival committee. Balaram Prasad Prabhu expertly manages the logistics and management of large festivals like Sri Krishna Janmastami and the weekly Sunday Feast program, while Siddhesvari Priya Mataji engages in cooking. They are always just a phone call away whenever help is needed.

Their son, Abhay Charan, is a budding kirtaniya and always enthusiastic for any service. He is currently a student at UTD and is involved with the Bhakti Yoga Club there. Their daughter, Puja, after graduating from UTD, opened her own catering business. 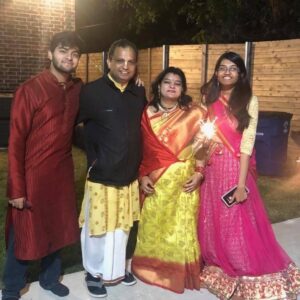 They strongly believe that children are the future of the society and deserve quality education, as envisioned by Srila Prabhupada. They feel fortunate to support TKG Academy, the first school set up by Srila Prabhupada himself outside of India, to deliver the original knowledge and culture of Bhakti. Balaram Prasad Prabhu’s conviction is that “Education based on the foundation of devotional service creates morally strong, compassionate citizens, and is the need of the hour.”