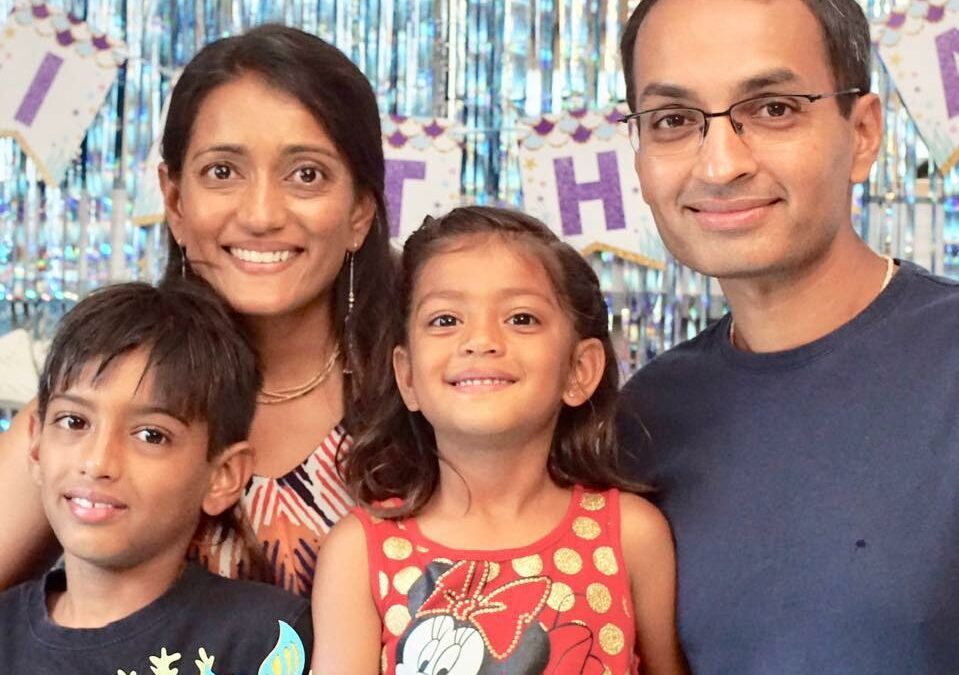 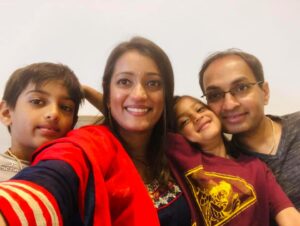 Sriji Kumari Devi, Kalpesh Prabhu, and their two children, Aum and Aahna, are not only TKG Academy donors; to us they are like family. Before even moving to Dallas, during a brief visit a few years back, they greatly endeared themselves to all of us. During their year here, Aum and Aahna were enrolled as students at TKG Academy, and their parents contributed in more ways than I can enumerate here. Both Sriji and Kalpesh did not miss an opportunity to lend a helping hand or share a skill. Sriji helped with the younger students’ spiritual class in the mornings. She organized a large bake sale during the winter holidays, overseeing its every detail, from designing the order charts and the packaging, to shopping, to making thousands of baked goods (And so good they were! She’s an amazing baker!) and everything in between. Kalpesh offered his “behind the camera” passion to produce pictures and videos for the school. They extended themselves to our families and developed deep friendships with many. 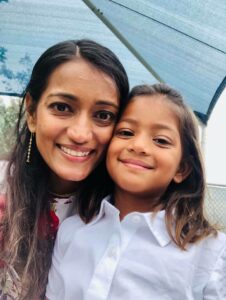 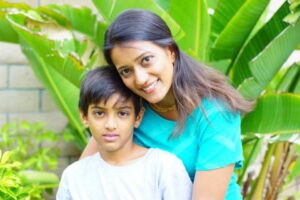 In addition to being TKG Academy’s monthly donors for several years, they are often the first to contribute to any of our fundraisers. A large donation was sent for our newer building in 2016 and another in 2019 for our upcoming new playground.

Though they no longer live here, we continue to feel their support, not only monetarily, but also in spirit. As Kalpesh Prabhu summarized: “You are all working so hard to give kids Krishna conscious education in such a loving and nurturing environment. That’s inspiring.”

YOU are inspiring us, Sriji and Kalpesh! Thank you for your friendship, kindness and generosity. 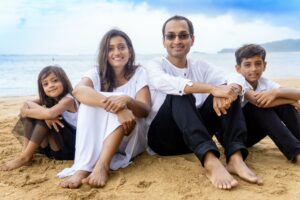