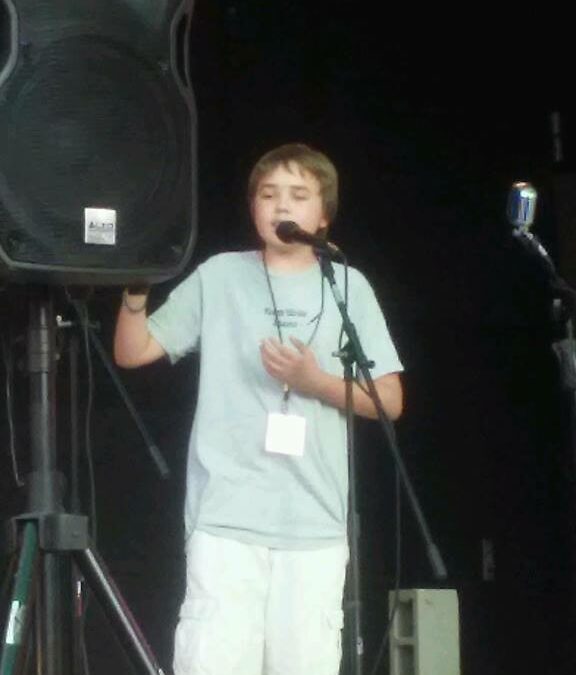 Twelve-year-old  Conor Jennings has joined TKG Academy during the last school year and quickly won the hearts of his classmates. His gentle and respectful demeanor endeared him to his teachers as well.

Conor has gained his voice last year. He discovered the healing power of poetry as a venue for expressing his feelings. We were delighted to discover that he is an apprentice member of the Forthwrite National Youth Slams. He won a space on the team after placing runner up at Peaceful Vocations.

On June 27th, their team won First Place at the “Speak Up! Speak Out! Youth Poetry Slam 2015”.  All their hard work is paying off!

This month, Conor will be traveling with the team to Atlanta for the International Youth Poetry competition. We wish him all the best in this exciting pursuit.