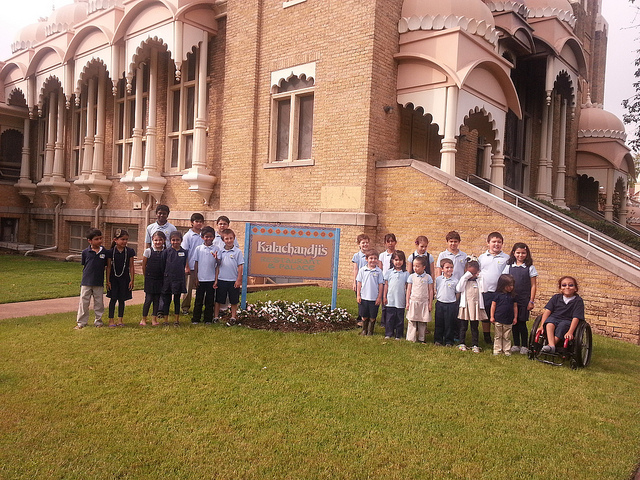 On our final day of the 2012/13 school year, teachers, parents, and students got together to celebrate the students’ achievements, friendships, and the beginning of summer adventures. Every family brought a food preparation that was thoroughly enjoyed as the children chattered over their summer hopes and plans.

Mother Savitri and Hamsaduta prabhu painted the children’s faces (and some parents!) and made magic with their balloon character creations. Mother Rasakeli gave her usual words of encouragement to her youngest students, and Mother Vrnda Priya gave her biggest smile while Mother Gopi Gita shed a tear or two. Mother Jayanti was there to see the kids off like she has done every year as principal since 1985.

After lots of play, lots of hugs,  and lots of pictures each family told their children it was time to say “goodbye”. As each reluctant student gave their best friend one last hug and “Haribol” of the school year with the promise of play dates, TKG Academy staff gathered around each other for their own reluctance to say goodbye to their coworkers for the summer break.

Great memories were added to the long history of the first US Gurukula established so many years ago by His Divine Grace, A.C. Bhaktivedanta Srila Prabhupada. Can’t wait to see what unfolds in the next school year.